Can I find work as a divemaster?

When most people think about Scuba Diving, they conjure up images of underwater trips on Caribbean holidays and visits to the Great Barrier Reef. What most of us may not have considered is that there are employment opportunities and ways to earn a living as a diver, and yes, teaching people how to dive is just one of them.

There are many employment vacancy listings currently, which is a good sign for you wannabe divemasters.

There are certificates and courses that need to be completed to land a commercial diving job, and the needs will range depending on the type of employment and the country the position is in. Take a peek at Payscale.com for an in-depth look at the qualifications needed for the current vacancies.

These certifications allow you to become a professional diver: from a divemaster through to an underwater welder on an offshore rig.

If you’re passionate about the water and want a career, or you are already a divemaster and want a sideways move into commercial diving, then why not look into some of the commercial sectors and the jobs available.

This is meant to be an overview. I will follow up this post with a much more in-depth look into the industry soon.

Types of diving jobs that can be found:

Teaching people to dive offers the opportunity for you to live in you might not have had the opportunity. Their focus is on holidaymakers wanting to go on their first Scuba trip.
There are also jobs available to teach commercial diving to those who want to make their living in a diving job.

Divemaster jobs salary ranges depending on which type of work you opt for (private, resort, cruise ship, etc) but it’s low risk and guaranteed to keep you on your toes.

A smaller sector of diving roles is associated with the Military and Police and the people doing these jobs are often called Frogmen.

Their main duties are to find evidence in Criminal investigations, lead and operate Search and Rescue missions and defuse any type of underwater threat.

An exciting sector within diving it does come with higher risks. As a government job, the money will never tip the scales into high earnings but might have a decent pension.
However, compared to the overall diving industry, the salary looks pretty good.

Also considered a hobby by many working in the field, Scientific diving is split into different fields including marine biology, geology, and archaeology and is primarily focused on data collection, underwater studies and recording scientific information.

These types of roles sit within academic and scientific studies. Often, projects are funded by the government or marine organizations.

It is highly specialized and requires intensive training and is not ideal for the faint-hearted.

Jobs in offshore diving focus on Oil rig work such as pipe welding, pipeline repair and more specialist roles depending on experience. The salary for offshore work can be high, even at entry level, but divers need to be prepared to be away from home for long periods of time, and the shifts can stretch up to 12 hours.

Considered by many as one of the most dangerous jobs in the world, you must be in perfect physical health and be able to function well under extreme pressure.
The advantages are, of course, an excellent salary, and the ability to choose where you work in the World.

Onshore jobs are not as high risk as offshore and tend to center on boat repairs and environmental roles such as maintenance of waterways and even ship salvage.
Divemaster vacancies in this commercial field offer a medium salary range but that’s offset by the fact there are lower risks.

Onshore work usually doesn’t entail spending too much time away from home.

Higher divemaster salaries can be had in the luxury sector. Generally, you get to live aboard a stunning yacht and teach a richer set of clients how to dive or how to extend their dive using nitrox.
These diving jobs are highly sought after and competition is high, however so are the salaries (comparatively speaking). 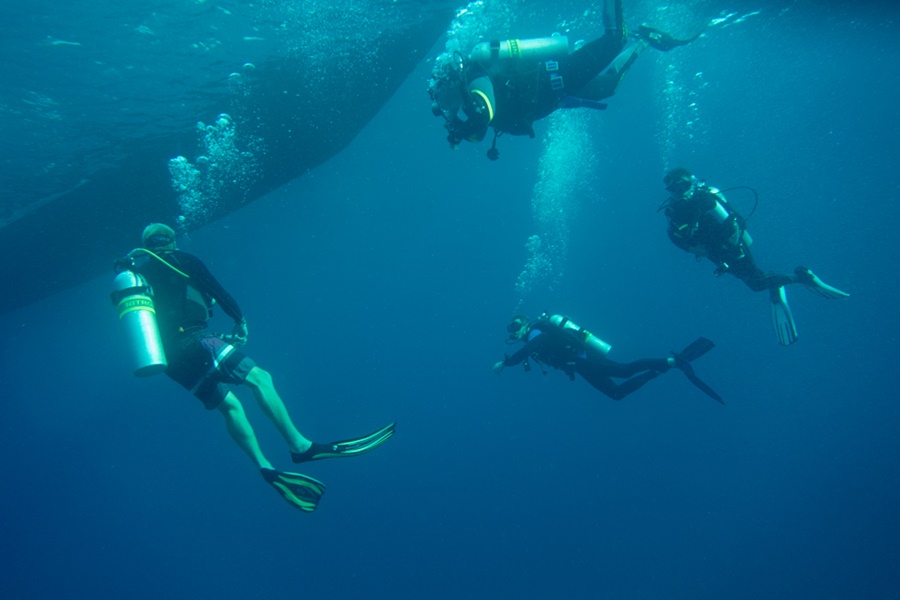 These diving jobs are not the highest paid in the industry, but the benefits are the low cost of living.

Accommodation is generally free and meals can often be included or at the least partially funded.

There are few places to go and things to do, so you can save a lot of money over the season (or two if you follow the ship).

According to Payscale.com the average salary of a commercial diver was $59k per year. For a marine biologist (another career linked to your passions) this salary was less at $51k per year.

Interestingly (according to data at Payscale) 99% of commercial divers are male, whereas 55% of marine biologists are female. This might count for the lower level of pay which does seem a little unfair.

This is only an overview of course. I hope that we gave you some good ideas;

Diving job = Divemaster is the normal thinking. Think outside the box and find out the less obvious ways to make a living as a diver. Then, you will not have much in the way of competition.

You have Successfully Subscribed! 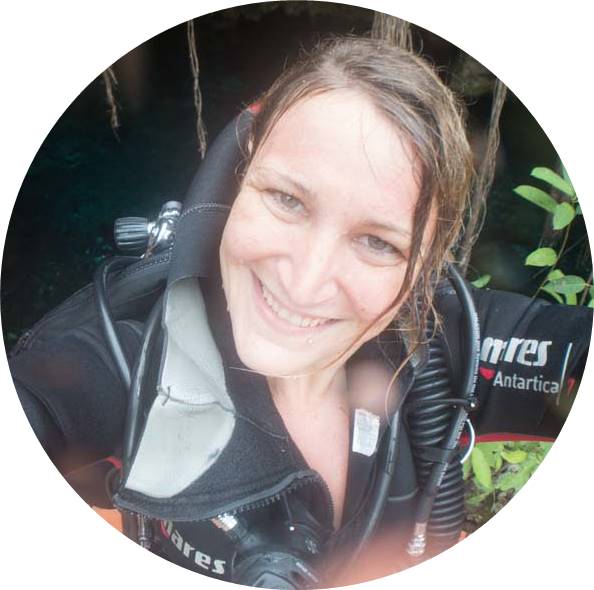 I lost my heart to the ocean

Traveling full-time for 4 years now I explore dive destinations all over the world. I'm a scuba instructor, biologist and underwater photographer. Through my stories, reports and photography I show you the most beautiful destinations, fascinating marine life and hacks to enjoy scuba diving even more.

We use cookies to ensure that we give you the best experience on our website. If you continue to use this site we will assume that you are happy with it.Ok